A Button can made always visible in the main menu (for example, to re-reschedule regular visits), or can be associated with one or multiple records and appear only for record of those objects in:

A Button may be made available for multiple records as well

You can use a Button to perform an action on one particular record, for which the button is pressed - in this case actions executed by the button may access the record's fields using the record merge tag.

Optionally, you can make the Button available in the Table view's for a multiple records at once - in this case records will be available in actions' context under the records array object, even if there's only one record in the array.

Note #1. Regardless of whether your Button is made available for multiple records or only for one record, when a button is executed, the execution context will alway contains both the record and records variables, so in both cases you may use actions that work with the records array ("bulkified" actions).

When a Button is clicked for multiple records, the record variable in the execution context will contain a randomly selected record from the array.

A Button can bring up a Form

A Button's condition/actions blocks can contain call(s) to one or multiple Forms actions.

IMPORTANT NOTE. Only first Form actions that is executed will bring up the form, and all subsequent Form actions in the current Session will be ignored. So while you have call calls to multiple Form actions in your Button, which invoke the same or different forms depending on the implemented business logic, only one Form can be shown to the user in response to one click to a button.

To add a Button, go to Setup -> Buttons:

And click the + button. Then fill in the Button's configuration settings: 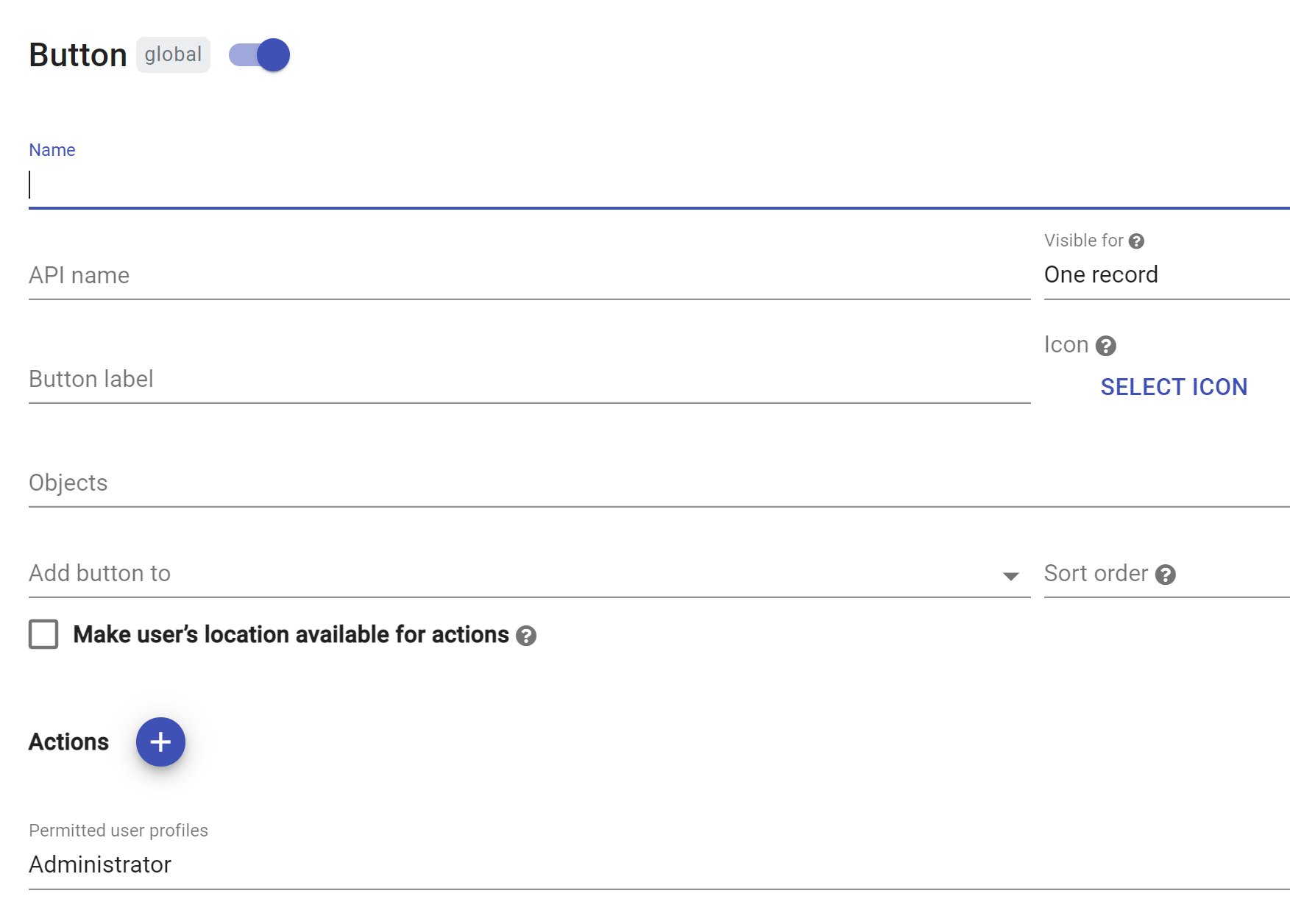 IMPORTANT NOTE: when a button is clicked from the main menu or from the map right-click menu, there will be no records in the automation execution context, so these two locations should not be used for buttons that work with records for which they are clicked.

NOTE. By default, the maximum number of records for which a Button may be clicked is 1,000. This limit can be raised by your request - please contact Mapsly support to request it.